A Queen In The Kitchen

A Queen in the Kitchen: Nonna Fernanda's Authentic Northern Italian Cuisine with a Twist of Me

Skip to content
Press Enter / Return to begin your search. 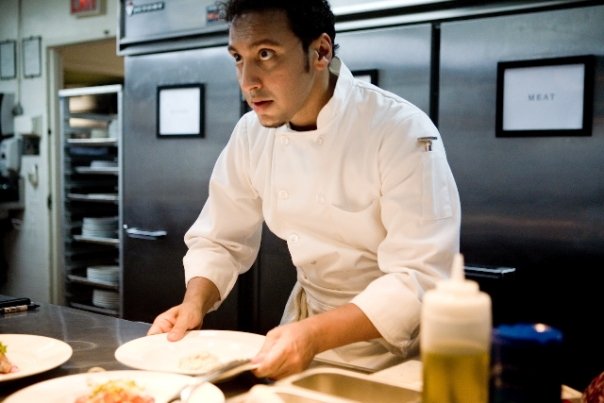 Samir (Aasif Mandvi, The Daily Show with Jon Stewart, THE LAST AIRBENDER) is a sous chef who dreams of becoming the head chef at an upscale Manhattan restaurant. When he is passed over for a promotion he impulsively quits and lets his co-worker Carrie (Jess Weixler, TEETH) know that he intends to go to Paris and apprentice under a master French chef. Dreams must be put aside though after his father Hakim (Harish Patel, RUN FAT BOY RUN) has a heart attack and Samir is forced to take over Tandoori Palace, the nearly bankrupt family restaurant in Jackson Heights. Samir’s relationship with his parents and his heritage is immediately put to the test. He has been estranged from his father since the death of his older brother, and his mother Farrida, (played by legendary cookbook writer and actor, Madhur Jaffrey), is consumed with finding a wife for her remaining son. While Samir is being forced to forsake his dreams, he is desperately trying to master Indian cooking to salvage the family business. Luckily, he crosses paths with Akbar, a taxi driver, passionate chef, and worldly raconteur (portrayed by the icon of Indian cinema, Naseeruddin Shah, MONSOON WEDDING). Akbar inspires Samir and teaches him to trust his senses more than recipes; to stop measuring his life, and to start truly living it. With Akbar’s guidance, Samir has a chance to rediscover his heritage and his passion for life through the enchanting art of cooking Indian food.

Published by A Queen In The Kitchen